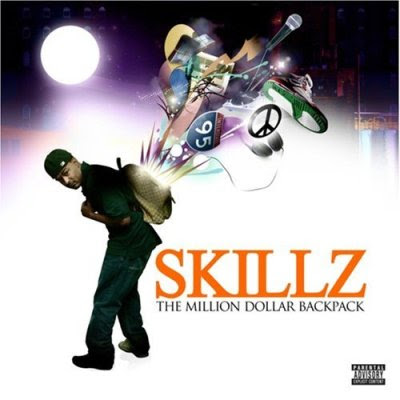 So the kind folks at Okayplayer have posted up a preview of Skillz' new album "The Million Dollar Backpack", which is due for release on 22nd July.

I first got introduced to Skillz via the "Ghostwriter" joint he put out back in 2000 on Rawkus. Since then (and after going back and checking out "From Where???") he's grown to be one of my favourite rappers of all time. I'm really looking forward to checking out this album in full. For me, "Confessions of a Ghostwriter" wasn't the strongest of albums (most of it was made up of existing tracks from the unreleased "I Ain't Mad No More" LP from 2002), but from what I've heard on this preview, "The Million Dollar Backpack" looks like it could be a classic....maybe even a contender for the Hip hop album of '08 (sorry Weezy!).