My Gigs This Weekend... 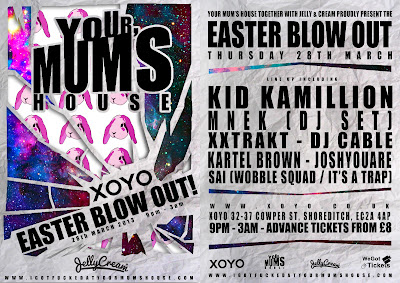 It's a pretty busy Easter weekend for me!

Tonight, I'll be spinning at XOYO in London from 10pm-11pm, then it's back to Colchester to DJ at Deadcloud's Intoxicated Rabbit launch at Sky Rooms. 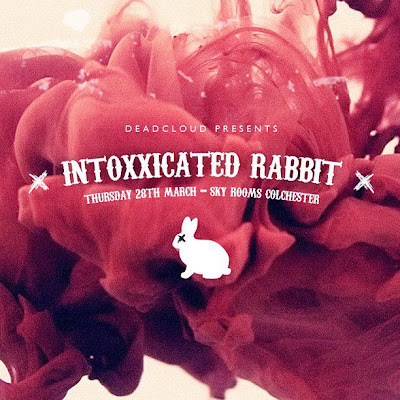 Tomorrow, I'll be up in Newcastle to DJ at Reign...definitely looking forward to DJ-ing at this one. 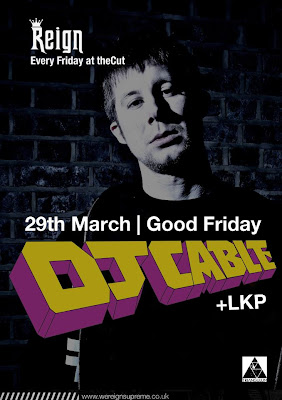 Sunday I'll be representing Just Jam in the Livin' Proof Soundclash at XOYO, and then DJ-ing at License To Trill. It's DJ Motive's birthday as well! 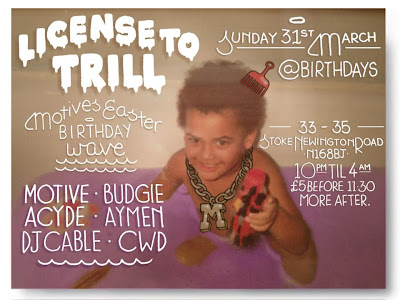 Come and say hello if you make it down to any of the events!
Share this post:
Posted by DJ Cable at 09:42 0 comments 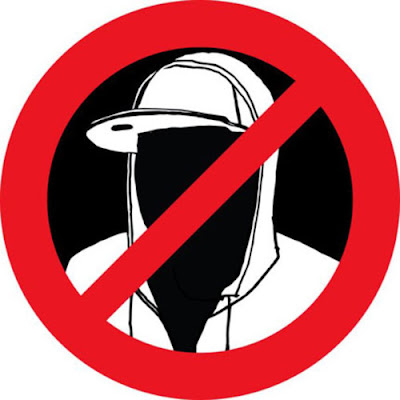 ....so I decided to give Spooky's banger an uptempo refix... This is only for my own personal use, so I'm afraid it won't be coming out anytime soon.

For now, here's the Soundcloud snippet for you to enjoy. 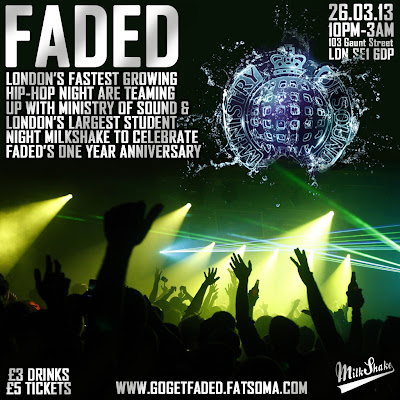 Just a quick post to let you know about FADED's 1 year anniversary tonight at Ministry Of Sound in London! This is going to be insane....

Please remember that this is a ticket-only event. If you want to come down, purchase your tickets HERE.

I'll be on from 11pm-12am, whilst there will also be DJ sets from Snips, CWD, CJ Beatz and Twin B. Come and say hello! 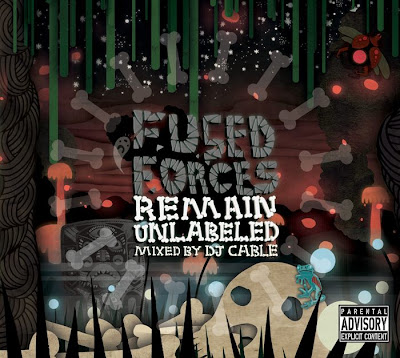 After much anticipation, Fused Forces have finally released their CD Remain Unlabeled, which has been mixed by yours truly!

Comprising of 14 tracks in total, the album sports a serious selection of collaborations with artists such as Sean Price, Joker Starr, Central Spillz, M.I.K, Riko, S-Dot (to name a few), and showcases both their Hip Hop and Grime/Dubstep productions.

You can check out the album snippets below:


I'd had a lot of these tracks on Dub for a good couple of years, so when I was approached by Ad and Dan to help put the CD together I was more than happy to oblige.

The mix itself was actually completed nearly a year ago, whilst planning had started back in late 2011....We just spent a lot of time afterwards tweaking the track arrangement, replacing songs with better versions of the mixdown, and then getting the artwork sorted.

The tracks are now available to purchase digitally and indivivdually from Junodownload, Boomkat, iTunes, Amazon, Play, and all other good digital outlets, whilst the CD version (mixed by me) can be purchased....Seek and ye shall find!

Massive thanks to Fused Forces for letting me be a part of the project; I hope you all enjoy the mix/tracks. Go buy them if you're feeling them!
Share this post:
Posted by DJ Cable at 09:55 0 comments 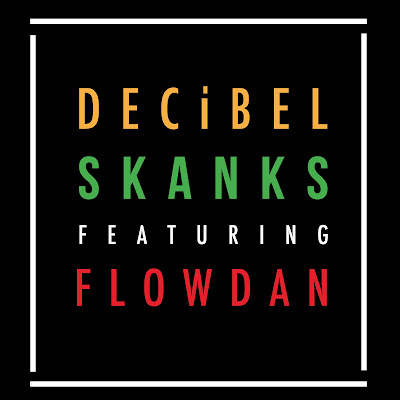 I'm pleased to announce my first official remix of the year! The good folks at Four40 Records asked me to remix DECiBEL's latest tune, Skanks, which features none other than Grime legend Flowdan.

The end result is some uptempo bass-heavy goodness that will help provide the ultimate aerobic workout! The EP will include other remixes from the likes of LOLGurlz, I Killed Kenny, Hybrid Theory, Network, and Enigma Dubz.

Skanks (including the full remix pack) will be available to purchase digitally from 1st April. Spread the word!
Share this post:
Posted by DJ Cable at 18:41 0 comments

My Gigs This Weekend.... 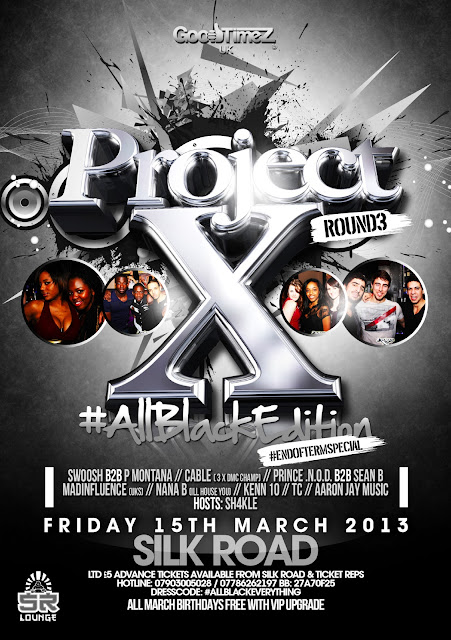 I've been meaning to find the time to get back on here and start blogging more regularly, so I thought this would be the perfect excuse!

Tonight, you can catch me at Project Essex at Silk Road in Colchester. I'll be on from 1am. 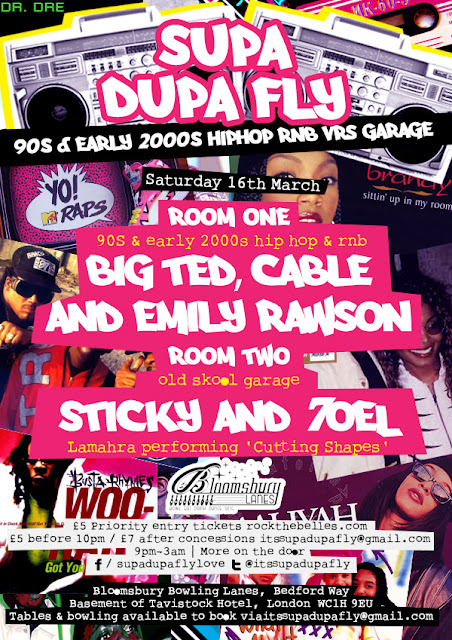 Tomorrow, it's all about Supa Dupa Fly at Bloomsbury Bowling Lanes in London. I'll be doing an all-vinyl set for this one; I can't wait to dust off some classics.


Hopefully I'll see you at one of them!

The return of GOONIES - Tonight! 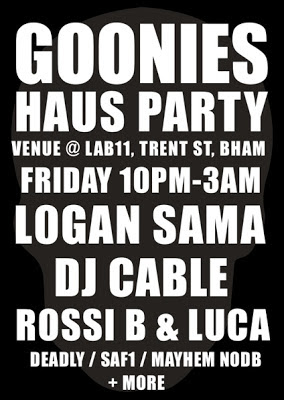 One of the club nights I have ever played at is making its return tonight at Lab 11 in Birmingham.

If you're in town, make sure you come along!
Share this post:
Posted by DJ Cable at 11:33 0 comments