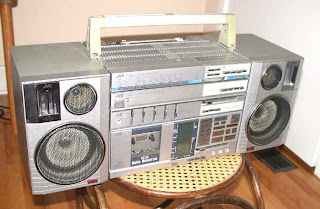 It's taken a bit longer than normal (mainly due to my PC falling apart!), but here's May's Monthly Mix!

For those not in the know, the concepts behind these mixes are all the new Hip Hop tracks that have leaked online during the month, or are making noise in the clubs and on the radio - Definitely a lot of new heat in this one, including tracks from the new Lil Wayne album (I know its just dropped - this mix was recorded 2 weeks ago though lol!), new tracks from Lil Kim, Nas, Clipse, and some hot joints off the GTA IV soundtrack from Qadir & Uncle Murda, plus more!

As usual, stream/download via Zshare.

Again, any feedback is always welcomed.